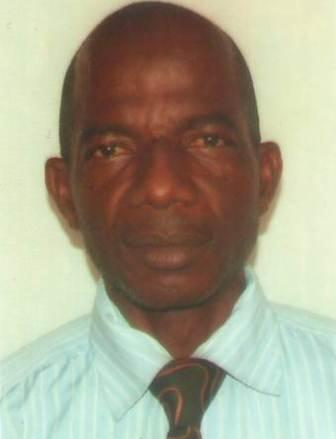 Prof. Adegbie was born in Ibadan, Oyo State in 1974 to the parents of Ondo State origin. He had pre-university education in Ibadan, but proceeded to the Ladoke Akintola University of Technology, Ogbomoso for his training in Pure and Applied Mathematics. He capped his academic studies with the award of a research based PhD degree of that university in 2008.

He started his academic career at his alma mater as an Industrial Attaché in Mathematics between 1999 and 2000; and as Teaching /Research Assistant on NYSC scheme until 2002 and thereafter moved to Covenant University, Ota as Assistant Lecturer from where he joined the Federal University of Technology, Akure in 2004 as Lecturer II. From 2015 he became a Full Professor of Applied Mathematics.

Prof. Adegbie’s rising star was spotted early enough as a student in LAUTECH when in 2000 he received the award of Best Academic Student of the Year of that institution. He also received the academic scholarship of the Federal Government for a part of his Master’s programme.

The Ondo State Government awarded him an academic scholarship to support his PhD degree programme. The recognition of his research works as an important frontier was taken a notch higher when he was recognised and awarded the African Mathematics Millennium Scientific Initiative scholarship for his studies leading to the Doctor of Philosophy for the year 2005, and again for 2006. Thus, Prof. Adegbie’s scholarship received recognition beyond the shores of Nigeria.

But it did not stop there. In 2008 the contribution of Prof. Adegbie’ research effort was further given recognition and approbation when the Nigerian Mathematical Society discovered that his PhD thesis was the best produced this year in the area of Mathematics Analysis. He was therefore given an award with cash backing for writing the “Best Doctoral Thesis in Analysis for the year 2008”.

Prof. Adegbie is a prolific researcher and recipient of various awards and scholarships, and grants to attend both local and international workshop and conferences. Prof. Adegbie’s research interests are focused on Fluid Dynamics and Mathematical Theory of Thermal Explosion. He has taught several courses in Pure and Applied Mathematics and supervised undergraduate projects and postgraduate theses.

The Mission of FUTA is to promote technological advancement by providing conducive environment for research, teaching and learning engenders development of products that are technologically oriented, self-reliant and relevant to society

The University core values with the acronym "ICARE"